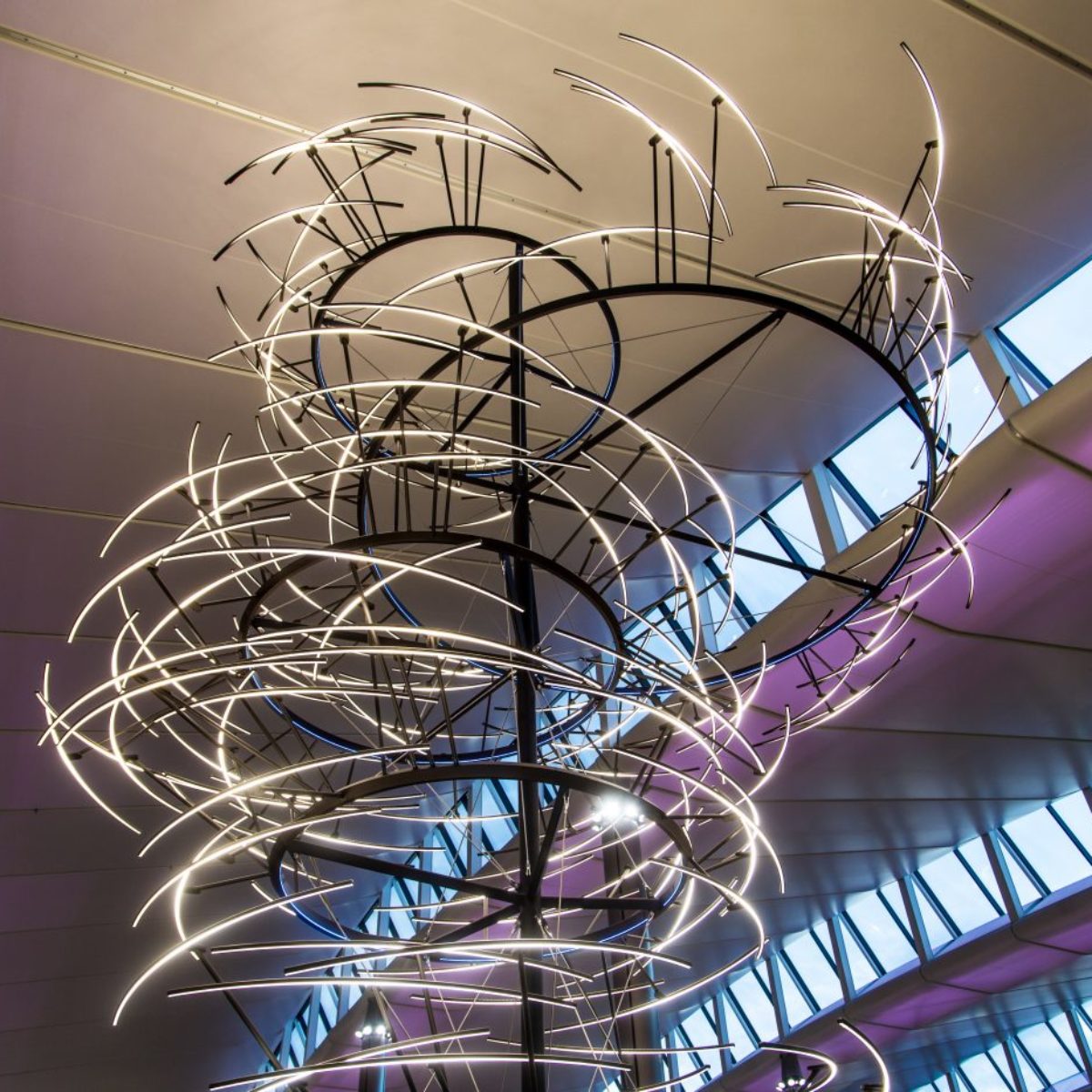 Mamou-Mani worked as computational consultant for Cinimod Studio on the caviar house project and developed a parametric model to facilitate the fabrication of its components.

“The mesmerising “Emergence” lighting sculpture heralds the arrival of Caviar House & Prunier to their new location at the heart of the new Heathrow Terminal 2’s International Departures Lounge.  Cinimod Studio have successfully delivered on the ambitious brief to create a truly unique and innovative eye-catching landmark for the new terminal building, from initial design concept to final delivery in situ.

The lighting sculpture is named “Emergence”, and with playful relevance to Caviar House, captures the re-imagined movement of a school of fish moving underwater.  It is a sculptural expression of the fascinating light patterns and shimmers that emerge across the collective bodies of fish as they move in harmony within water whilst reflecting the natural sun light.  This is physically manifested as a kinetic moment frozen in space and time, and re-animated through cutting-edge interactive digital lighting. These lighting patterns are controlled in real-time from a live physics simulation modelled on the complex movements of a school of fish within the ocean.

The audacious structure, comprised of LED arcs spiralling thirteen metres up to the ceiling, utilises a transfer of technologies from other industries, borrowing heavily from the engineered carbon fibre composites as found in the newest airplanes.  In an expression of sensational form underpinned by exquisite engineering, the sculpture is unique for its form and is a triumph of British design, engineering and production.