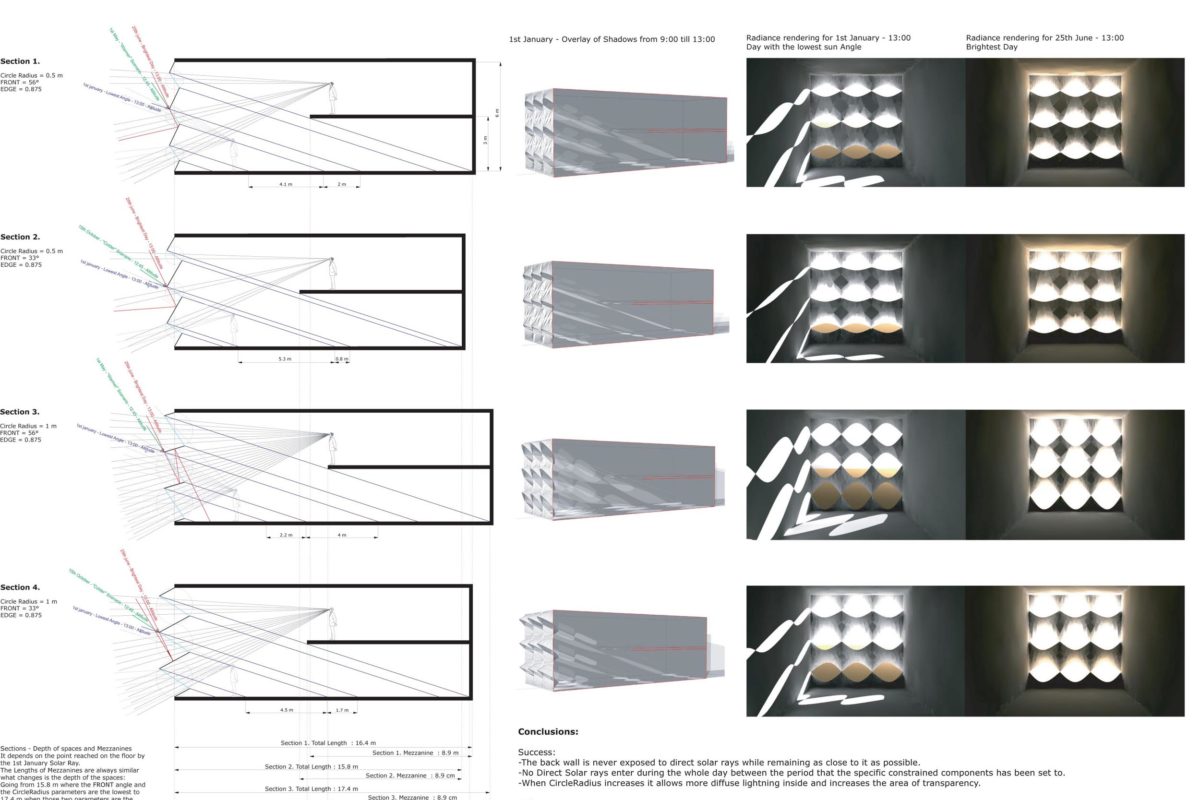 “Green Re-Articulates Red” is the project I developed in 2008 for my Diploma at the Architectural Association. Hereafter is my initial “manifesto”:

I. The Historical Context

The Party Communiste Francais (PCF) Headquarters, located in the poor and multi-cultural 19th arrondissement of Paris, was designed in 1970 within three days by Oscar Niemeyer while in exile from the Brazilian dictatorship. The architect celebrated in 2007 his hundredth birthday and now describes this building as the closest to his heart.

At the time of his first sketches, while the rest of the world was in the midst of the cold war, the PCF was the second most important political party in France scoring 20 percent during the presidential election. Most of French and Parisian philosophers, writers, poets and painters of this period like Jean-Paul Sartre, Albert Camus, Pablo Picasso, Paul Eluard and Andre Breton were members of the party and were donating some of their art pieces to it. In the latest presidential elections, the PCF scored two percent which is ten times less than fourty years ago. Since parties are financed by the state proportionally to their result to elections, the PCF is facing a major crisis that led its leaders to have its wide artistic and real estate asset to be re-evaluated (images 1.). Two levels of the 50 million Euros building will be rented to private companies sharing the PCF’s ideology. The cost of the maintenance is so high that the building had to be listed so as to receive subsidies from the state. This procedure freezes any kind of changes to a building that was initially designed by Niemeyer to accommodate “future modifications”.

Similarly to its newly listed headquarter, the Stalinian French Party is frozen in its own past. Communism rhymes in people’s head with U.S.S.R.’s infamous Gulags, bureaucracy and dictatorship. Capitalism has now won the war and individualism has also crushed the beautiful idea of solidarity which initially gave birth to an ideology that has proven to be impossible to apply to reality. The tensed political context of 1970 could explain why this building is often qualified as a “bunker” and today this opacity and monolith-like features amplifies the negative historical echo of communism in people’s mind. Designed to “make the city breath” with an open park as a base, the site has now been surrounded by fences going against Niemeyer’s idea of a democratic building: an Architecture for people. Yet, the PCF building is one of Parisians favourite buildings, the luminous white dome covering the congress room never leaves passer-bys indifferent. The sensuous curves inspired by Brazilian women and Rio’s topography bring gentleness and warmth to the neighbouring inhabitants of this poor and grey district.

At the end of this year, the PCF will be holding a crucial meeting about its renewal. As a matter of fact, the world has drastically changed since 40 years: ecology is now one of the main concerns, western economy is mainly service driven and delocalise its production force to the south hemisphere where wages are cheap and unions inexistent (Fair Trade image 3). One could say that the industrial revolution and its resulting working/leading class struggle is now transformed into a southern/northern hemisphere struggle. Communism that was once state driven and hyper-centralised has been taken over by the internet generation thus changed into a world wide rhizomatic anti-capitalist organisation (images 2.) As a French and Parisian Architecture student in a “voluntary exile” to England sensitive to both Niemeyer’s building and ideology I would like to lay down this one hypothesis and develop it throughout my year long project:

Could Architecture be part of the PCF’s renewal ?

In between the act of “Re-Branding” the party and offering a new public ground connecting the party to the people, How can Architecture represent the idea of a new and different communism?

UP: Pages from my portfolio

“When Oscar Niemeyer designed the French Communist Party headquarters in 1970, the PCF was the second most important party in France, with 20 per cent of the vote in the presidential elections. During this period many philosophers, writers, poets and painters were members of the party and donated work to its headquarters. Today the PCF is experiencing a major crisis, both financial and popular: In the latest presidential elections, it polled only two percent of the vote. For this reason, its leaders are considering selling off a large part of the art collection and renting out part of the famous headquarters.

The PCF Headquarters was designed while Niemeyer was in political exile in France. His original intention was to create a “democratic Ground” for the people but today this “ground” has been surrounded by security fences, which makes the building look and perform like a monolith bunker, isolated from its neighbours in the poor, multicultural 19th arrondissement. Niemeyer wanted to “make the city breathe”, yet in addition to having circulation problems, the building is over-exposed to direct sunlight.

The proposal attempts to restore the original design’s democratic ambition by creating an “Architecture of Accessibility” for both pedestrian and climatic flows.

This will be achieved through the introduction of an extension that will house new public programmes, a new a new public plaza and a market place, as well as a new environmental mediation system for the entire complex. A delaminating ground system allows for simultaneity of landscape and public programmes. Rather than the top-down tyrannical image that both the communist party and its headquarters suffers from, this new building and its inhabitable ground complex would embody a fluid, decentralized design that rigorously calibrates and diffuses the flows of capital and climate.

The proposed museum extension and public plaza would be built on the side and back of the existing building, so as not to block or interrupt the listed main facade or the private staff entrance. The new museum would exhibit the party’s vast collection of donated art. In addition, the existing staff offices are re-arranged to create a circulation buffer-zone on the front facade, which is covered in part by a new shading component system to eliminate excessive gain. The plaza-gallery addition is linked to the marketplace on the side avenue via a new secondary entrance created by a sloping accessible ground system. Along the length of this ramp, a highly calibrated lighting and circulation component system diffuses direct light and pedestrian movement to create a fused environmental and social strategy for the original strategy for the original architecture, in this way communicating a new political message that combines “red” with “green”.”

Interview with Gerard Fournier at the PCF :

On the 17th January I  met for the second time with Gerard Fournier, Development Director for the French Communist Party, with two copies of my project’s finished Book. One copy was a present for Mr. Fournier with who I had a very productive conversation about the future of the PCF in general, the possibility of a public art gallery at back of the building as well  as his friendship with Oscar Niemeyer. I brought another copy for Oscar Niemeyer, 103 years old, hoping he might be interested in seeing how the building could evolve in today’s world. Oscar himself said that this building was designed to accomodate future changes.

The site on which my project takes place is still filled with insalubrious buildings and the project to demolish and replace them has not started. There is still a chance to open up the building to the Boulevard de la Villette’s marketplace as well as provide a public ground between the party and the city. The site is owned by a state organization called le SIEMP. I will contact them to discuss the project.